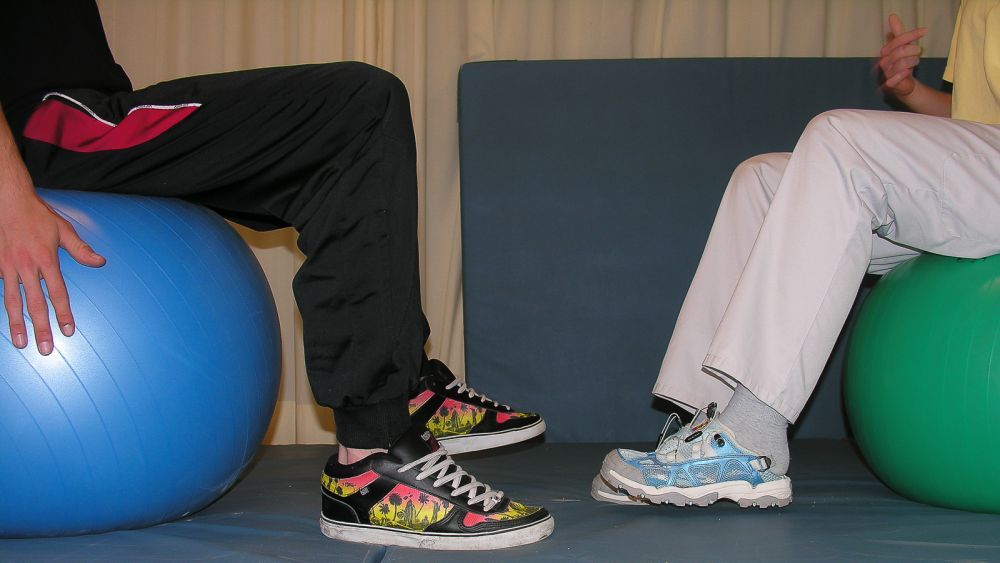 Jason’s Rehab-Cycle® lasted three months, and at the end of the Rehab-Cycle® a re-evaluation of Jason's functioning took place. This was seven months after Jason incurred a spinal cord injury (SCI).

Table 4: ICF Evaluation Display; ICF Qualifier: rate of the extent of problems (0=no problem to 4=complete problem) in the components of body functions (b), body structures (s), activities and participation (d) and the extent of positive (+) or negative impact of environmental (e) and personal factors (pf); Goal relation: 1, 2, 3 refer to cycle goal 1, 2, 3; SP refers to the Service-Program Goal; Goal value refers to the ICF qualifiers to achieve after an intervention. Goal achievement: + means achieved, - means not achieved.

"At the end of the Rehab-Cycle®, Jason had achieved all of his cycle goals."

At the end of the Rehab-Cycle®, Jason had achieved all of his cycle goals. In turn, his service-program goal of increased independence in daily living was also achieved. This was evident in the final Spinal Cord Independence Measure (SCIM) score14 of 90 (out of 100); this was an increase from a score 65 at admission. The higher Jason's SCIM score was, the higher was his independence in the SCIM domains of self-care, respiration and sphincter management, and mobility.

At the completion of the Rehab-Cycle®, cycle goal 1 ‘re-gain walking ability’ was achieved. Jason was able to walk – and even jog – short distances independently and on a range of surfaces and terrain without the use of assistive devices. Since he became unstable after walking long distances or for more than 30 minutes, he walked with crutches to lower the risk of falling.

Almost all of the intervention targets identified for cycle goal 1 were also achieved. Higher muscle power, better joint mobility and stability, improved gait patterns and overall mobility contributed to re-gaining Jason's walking ability. He was also able to control simple movements, and the involuntary movement reactions that facilitated, for example body balance while walking, functioned well. Furthermore, many of the affected muscle groups were now able to perform active movement against gravity and resistance with a full range of motion – quite a contrast from the total paralysis measured in the same muscle groups at admission to the rehabilitation centre.

Jason’s enthusiasm for sports gradually returned as the Rehab-Cycle® progressed. In the beginning of the Rehab-Cycle® Jason was unfocused in some of the group activities, such as swimming. Later he fought for the right to engage in other sports activities, such as wheelchair basketball, that seemed to suit him better, even if this also meant that he had to accept potential risk of additional injury.

"The physician...encouraged Jason to do sports, but advised him not to do it competitively..."

Towards the end of the Rehab-Cycle®, Jason was able to pass a physical fitness test; consequently, he received a “sports pass” that enabled him to use the sporting facilities whenever he wished. The physician on his rehabilitation team encouraged Jason to do sports, but advised him not to do it competitively, as this may put him at risk of further injury, particularly to the spine.

The final assessment revealed that Jason had achieved all the goals set for the intervention targets defined for cycle goal 3 ‘health maintenance’. Specifically, he gained weight and became independent in self-care activities, such as caring for body parts, skincare and dressing.

"...Jason had achieved all the goals set for the intervention targets defined for cycle goal 3 ‘health maintenance’."

Initially, I tried to reason with him to motivate him. I explained I was on his side and there to support him, but could only do so if he let me. When that had no effect, I tried to leave him alone – if he didn’t want to do an exercise, I would say: ‘Fine, don’t do it; you can leave the clinic in a wheelchair then’. At some point something inside of him clicked, and he realised that he was responsible for himself. I’m not certain what the real reasons were, but Jason changed his behaviour. I think he just grew up; he is now an adult.

The rehabilitation team suggested that Jason’s motivation was one of the factors that facilitated the achievement of all his cycle goals. They believed that had Jason remained unmotivated and uninvolved during his rehabilitation, the outcomes at the end of the Rehab-Cycle® would have not been as successful.

Sometimes it was really hard to motivate myself. The daily routines were tiring…Ultimately, what I wanted most was to be able to walk again.

Jason commenting on his attitude change