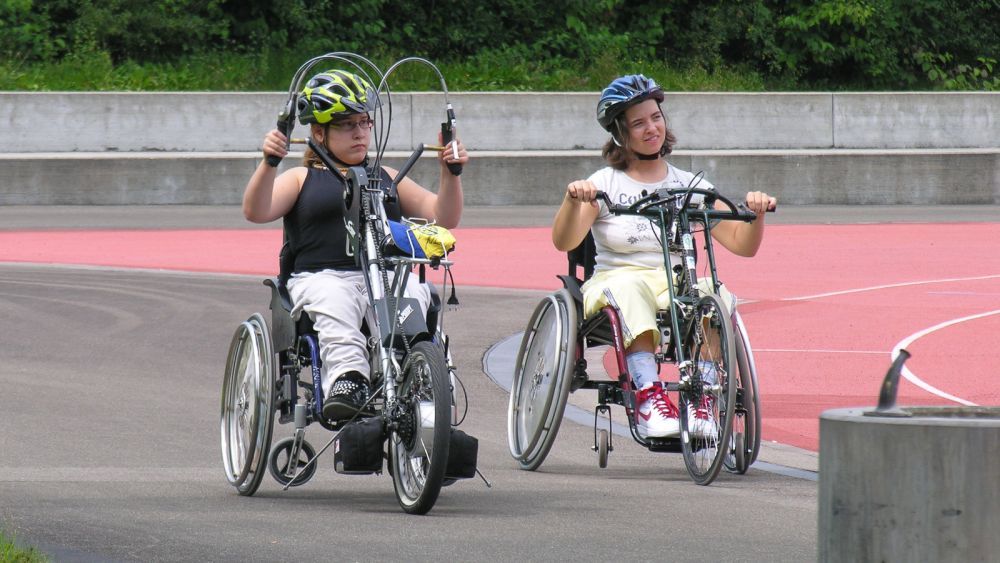 For most teenagers, with or without disabilities, adolescence is a period of time full of rapid and dramatic changes that present many challenges. However, teenagers with disabilities face unique challenges that have implications for personal development, family and peer relationships, and healthcare.

Adolescence is a time of biological development, as well as significant cognitive, psychological and social change.{cs13-fn1}{cs13-fn2} It is a time of transition that prepares each young person for adult life, and involves completing the following developmental tasks:{cs13-fn2}{cs13-fn3}

In the process of completing these developmental tasks, peer relationships become increasingly important as the teenager attempts to find a sense of belonging and an identity beyond the immediate family, while the direct role of the family in shaping the person's life is significantly reduced.{cs13-fn2}{cs13-fn4} In addition, teenagers face many challenges that accompany these developmental tasks.

Being a Teenager with Spina Bifida

Spina bifida is a congenital condition resulting from an incomplete closure of the neural tube within the first 28 days of pregnancy, causing malformations of the spine. The abnormal development of the neural tube is most often accompanied by damage to the nerves and spinal cord. While the exact cause of spina bifida is still unknown, heredity, nutrition (notably insufficient intake of folic acid) and environmental factors are thought to play a role. Although spina bifida can be surgically treated at birth, the damage to the nervous system is permanent and there is no cure at present.{cs13-fn6}{cs13-fn7}

Spina bifida is the most common congenital condition affecting the central nervous system. According to the International Perspectives on Spinal Cord Injury (IPSCI), there are an estimated 4.5 cases of spina bifida per 10,000 live births worldwide, with some variations in country incidence rates due to different data sources used.{cs13-fn8} According to the International Federation of Spina Bifida and Hydrocephalus, neural tube defects affect approximately 320,000 newborns a year.{cs13-fn9}

When the term “spina bifida” is used, it most often refers to myelomeningocele rather than the other types of spina bifida. Myelomeningocele results in a range of impairments in body functions and structures including some degree of paralysis, loss of sensation and muscle weakness in the lower extremities (hip, legs and feet), and bowel and bladder control problems. Persons with spina bifida often experience limitations in executing activities involving the lower extremities e.g. mobility and balance, often requiring assistive devices. The extent of problems a person experiences varies depending on the location and level of damage. For example, persons with damage high on the spine may have more extensive paralysis and require a wheelchair, while others with damage lower on the spine may need to only use crutches or leg braces.{cs13-fn6}{cs13-fn7}

In addition to hydrocephalus, spina bifida may also cause other abnormalities of the brain. For example, most persons with myelomeningocele have Chiari II malformations, an abnormal displacement of the lower part of the brain – much lower than normal – into the upper part of the spinal canal. This part of the brain is responsible for sensory input and controls, coordination and motor control, including maintaining balance. Symptoms include headache, upper body weakness, sensory disturbance, shooting pain, double vision and other visual disturbances, swallowing difficulties, speech problems, as well as poor coordination when walking. Persons with spina bifida have normal intelligence, but may encounter learning disabilities.{cs13-fn6}

Implications for the Family

The transition of children with spina bifida into young adulthood has implications for the family as well. For parents with teenagers with disabilities like spina bifida, this transition period is often a time of greater stress. While teenagers without disabilities generally become more independent and leave home at a certain point, teenagers with spina bifida often need continued care from parents, and almost half of them continue to live with their parents in adulthood. Providing care to teenage children becomes more physically burdensome – assistance with physical activities such as transferring, bathing, dressing, etc. gets more difficult as the child gets physically bigger and heavier. In addition, young adults with spina bifida often continue to be financially dependent on their parents due to difficulties in entering the job market.{cs13-fn4}{cs13-fn5}{cs13-fn10}

Alongside the increased stress parents feel during this transition period, conflict between parents and the teenager with spina bifida can arise as a result of overprotectiveness or when parents provide insufficient opportunities for the teenager to gain independence.{cs13-fn4}{cs13-fn5}{cs13-fn11}

Independence is a topic that becomes more prominent during adolescence. Another is sexuality. Parents of teenagers with spina bifida are less likely to discuss issues of sexuality with their children.{cs13-fn11}

Despite the stress experienced by parents and other family members as the child with spina bifida transitions into young adulthood, families have shown great resilience in tackling the challenges they face.{cs13-fn11}

"Despite the stress experienced by parents and other family members as the child with spina bifida transitions into young adulthood, families have shown great resilience in tackling the challenges they face."

As with parents, health professionals who have been caring for a patient with spina bifida since a young age also have to adjust to the changing needs of that child as he or she matures into adulthood. Parents and health professionals may have difficulty giving up a trusted relationship to transition the maturing teenager's healthcare to adult providers. In addition, a level of trust between the paediatric and adult healthcare provider is also essential for smooth transition into adult healthcare.{cs13-fn3}{cs13-fn6}{cs13-fn12}{cs13-fn13}

"Ideally, the paediatric and adult healthcare provider work together during this transitional period..."

Transition of care does not only mean transfer of patient and documentation to another facility. Ideally, the paediatric and adult healthcare provider work together during this transitional period, especially considering that adult providers have been slow in establishing healthcare protocols that are adapted to the special healthcare needs of persons with spina bifida. Given the complexity of healthcare provision of spina bifida, a multidisciplinary approach, including the establishment of multidisciplinary clinics, would be ideal for addressing the range of healthcare issues related to spina bifida.{cs13-fn3}{cs13-fn6}{cs13-fn12}{cs13-fn13}

In addition, enabling the teenager with spina bifida to take over more responsibility for managing his or her care e.g. for catheterisation, is also part of this healthcare transition.{cs13-fn5}{cs13-fn12}

This case study aims to illustrate some specific challenges to independence and peer relationships face by Gabi, a 15 year-old girl living with spina bifida, and show how these challenges were addressed in a comprehensive rehabilitation programme.

SCI In Adolescence And Peer Relationships