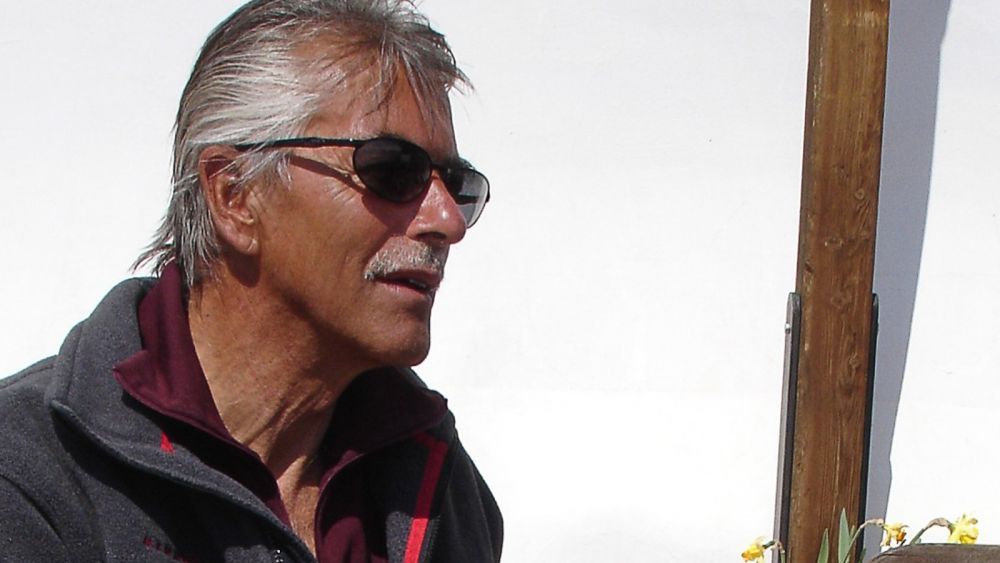 An aortic aneurysm is a widening of the aorta that can lead to a weakening or rupture of the vessel wall. While smaller aneurysms may be treated medically, major aortic aneurysms may require surgery to repair the damaged tissue. Unfortunately, this surgical intervention is associated with a risk of paraplegia, occurring in 3-18 % of the cases.111 This was the case with Conrad.

At 57, Conrad had raised four children, who were now adults and had children themselves. He lived with his wife in an old, historically protected house in the mountains approximately 2000 metres above sea level. His wife ran a restaurant on the ground floor of their home. On his days off and after hours working as a border guard, Conrad helped his wife in running the restaurant. And in his spare time, he enjoyed hunting and other activities outdoors. In general, Conrad loved nature and being outdoors. A well-liked and respected individual in the community, he enjoyed meeting friends and acquaintances.

The surgery and the subsequent SCI occurred less than a year before Conrad was set to retire (under an early retirement plan). Conrad's SCI was diagnosed as incomplete paraplegia1 below the first vertebrae of the lumbar spine (L1) with an American Spinal Injury Association (ASIA) Impairment Scale grade C. This meant that he had motor functioning at the level of the hip and pelvis and below, with active movement and full range of motion without gravity in more than half of the key muscles. In the months following the SCI, Conrad suffered from various complications, including a temporary disorientation to time and place, a blockage of the intestine that required surgery to create an artificial opening to empty the intestine, and a rapid breakdown of damaged skeletal muscle that resulted in renal failure, consequently requiring dialysis. Moreover, he also experienced a build-up of excessive pressure in the forefoot as a complication of a pre-injury vascular condition; this was treated with an anticoagulant.

Medical treatment of these conditions continued for six weeks before Conrad was able to be transferred to a rehabilitation centre specialising in SCI. He recovered from the surgery to repair the damage caused by the aortic aneurysm, and his health had greatly improved.

Conrad's rehabilitation was managed in consideration of the biopsychosocial model of the International Classification of Functioning, Disability and Health (ICF)13 and structured according to the Rehab-Cycle® approach.