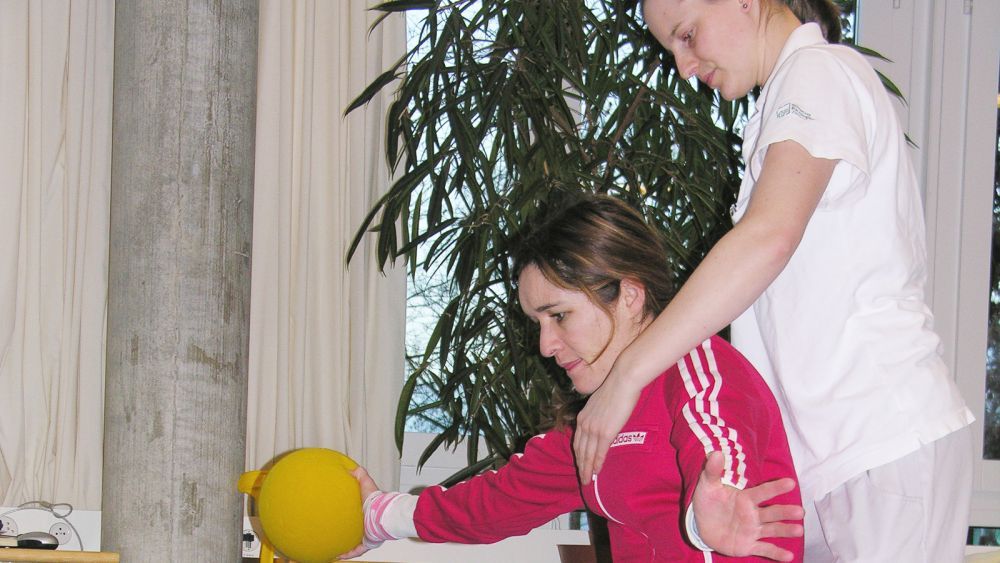 Lisa "lived" sports...Athletics played a major role both in her private and professional life, as she was an accomplished athlete and a respected high school physical education (and geography) teacher. Following her spinal cord injury (SCI), Lisa’s fitness and athleticism were significant contributors to her overall recovery.

At 35, Lisa regularly practiced a wide variety of sports – skiing, mountain biking, tennis, volleyball, and climbing, to name a few.

Sports and being athletic have always been incredibly important to me, to my relationship with the world around me, for my self-perception, body awareness and fitness, for the thrill and challenge of competition, and for all of the social aspects. And obviously it has played a role in my professional life as well – in my career as a teacher. Introducing sports to young people has truly been rewarding – a combination of a career I love and a life passion.

While each of these sports carries certain inherent risks, it was a mountain climbing accident that left two of her climbing partners dead and Lisa with a complete SCI. In the rehabilitation following her injury Lisa's love of sports and fitness proved to be valuable in surprising ways.

On Thursday morning two men and a woman had a (mountain) accident on "Chli Leckihorn" near Oberwald. According to a report, a rockfall occurred, with a large quantity of rocks falling from "Chli Leckihorn" at 2,800 metres above sea level. The climbing team of three fell with the avalanche to the base of the mountain. Both men died from their injuries. One woman was seriously injured and was evacuated by helicopter to a trauma centre in Bern...The 35 year-old woman is from the German-speaking part of Switzerland...

The rockfall was unanticipated and massive; Lisa’s survival was a matter of chance. She was buried and critically injured beneath the rockfall. She was already aware that she may be paralysed, and did not know whether or how long she would live. Fully conscious the whole time, Lisa had no choice than to wait and hope to be rescued before she dies. Fortunately, a couple of hikers witnessed the accident and were able to call for help. A rescue team arrived by helicopter and rapidly evacuated Lisa to an acute care hospital.

With a major thoracic and abdominal trauma, as well as head injuries, fractured ribs and multiple lacerations, Lisa was in critical condition when she arrived in the hospital emergency room. She also presented with symptoms of SCI, and was diagnosed as having a luxation fracture at the level of T8 and graded with ASIA A i.e. complete paraplegia below the abdomen. Acute care was provided to treat an abnormal collection of air and blood in her chest cavity, a ruptured kidney, a serious accumulation of blood in the internal space behind the abdomen, lacerations and a mild traumatic brain injury.

On the third day after the accident, Lisa’s status deteriorated due to serious injuries to her internal organs. The acute care team kept her on artificial ventilation for three days until her condition stabilised, at which point they were able to turn their focus on treating her spinal fractures and luxation. This involved surgically stabilising her spine from level T6 (just below the shoulder blades) to T10 (area around the lower abdomen). After the procedure was successfully completed, Lisa's medical condition greatly improved. She was alert, oriented and her cardiopulmonary status was stable. She was then moved to the early post-acute unit of a specialised rehabilitation centre.

Lisa began to recover slowly and steadily from her many injuries. She continued to suffer from extreme pain, primarily as a result of a number of fractured ribs. Due to the pain, the extent of her physical activity was limited. In addition to her physical and medical problems, Lisa faced a problem that was unique to her situation and that posed an obstacle to rehabilitation. Since the accident, she had developed a fear of falling. This fear interfered with many aspects of her mobility. For example, transferring herself from the wheelchair to another location and even sitting upright became a challenge.

"Since the accident, she had developed a fear of falling. This fear interfered with many aspects of her mobility."

Despite Lisa's experience of pain and fear, her recovery progressed, and her physical activities intensified over the course of the first four months of rehabilitation. Her cardiorespiratory functioning became normal, and she also acquired more independence in dressing and caring for herself, as well as transferring herself to and from her wheelchair. During the first four months of rehabilitation, Lisa's spinal cord independence measure (SCIM) score reflected12 these improvements, increasing from a score of 12 to 50 (out of 100). See table 1.

In the second four-month period of Lisa's rehabilitation, the rehabilitation team utilised the Rehab-Cycle® to identify and integrate into her rehabilitation program physical and sport activities that not only suited Lisa’s physiological status but also corresponded to her wishes.