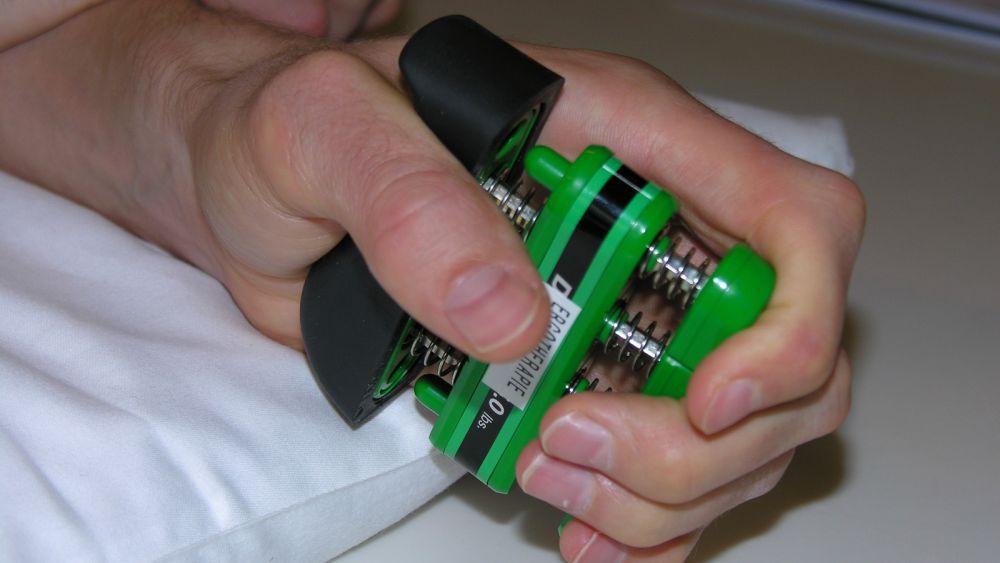 Five months into Simon’s rehabilitation, a Rehab-Cycle® began that focused on furthering the recovery of his walking ability. To start off the Rehab-Cycle® an assessment of Simon's functioning was conducted as the basis for defining the goals to address in rehabilitation.

I don’t actually have any real problems. I’m independent; I can do anything. What we’re talking about here are "luxury problems".

Table 2: ICF Assessment Sheet; items in bold lettering followed by a star (*) are related to walking and moving around

Even after five months of rehabilitation, a number of outstanding issues in body functions and structures (e.g. impaired gait pattern, spasticity in the lower extremity) as well as activities and participation (e.g. walks only very short distances without devices) were identified as still requiring attention. In addition to problems and needs, Simon and his rehabilitation team highlighted contextual factors (e.g. elbow crutches, has clear goals, very ambitious) that would support rehabilitative efforts.

Gait analysis revealed that Simon walked with a slight limp due to reduced muscle power and stability in the left hip and knee. Additionally, his exercise tolerance was reduced as a consequence of his impaired respiratory functions and lack of physical activity following the accident.

"In addition to problems and needs, Simon and his rehabilitation team highlighted contextual factors...that would support rehabilitative efforts."

As expected, the rehabilitation team's assessment confirmed limitations in Simon's mobility, specifically in his ability to walk, climbing stairs and outdoor mobility. At the time Simon still had to use the wheelchair to move distances that took longer than a few minutes. Driving a car was also difficult.

Beside problems related to his lower extremity, Simon also showed reduced fine hand use and limitations in lifting and carrying objects due to his tetraplegia. This in turn led to limitations in performing daily tasks such as dressing.  Simon indicated that the additional time required for dressing decreased his spontaneity.

On a positive note, Simon had already begun working part-time for his former employer at the time of the assessment, hoping to return at some point to full-time work. He spent the weekends with his family and friends. Upon discharge from the rehabilitation centre, Simon intended to live with his mother, where he would receive some assistance with performing daily activities.

At the rehabilitation centre, Simon was an active table tennis player, and also attended cultural events organised by the centre’s Learning-by-Doing Club. The rehabilitation team recognised that at the time of assessment Simon's participation in recreational activities that he performed before his injury, such as biking, was significantly reduced.

In spite of the many areas of functioning that had to be addressed during rehabilitation, Simon possessed several personal factors that contributed to his successes in the Rehab-Cycle®. He was not only ambitious, he expressed clear goals, and was accepting of his disability. He also enjoyed physical activity; this was beneficial since many of the interventions required Simon to be physically active.

"He was not only ambitious, he expressed clear goals, and was accepting of his disability."

With regard to environmental factors, Simon had a supportive network of family and friends, and he viewed his rehabilitation team as also very supportive. He had access to equipment and assistive devices that facilitated his mobility including a wheelchair and crutches. Moreover, an insurance case-worker helped Simon to deal with all financial and insurance-related issues, relieving him of this additional burden.

With the completion of the ICF Assessment Sheet the first step in the assessment phase of the Rehab-Cycle® was also completed. The next step in the assessment phase was to consider this “laundry list” of needs and functional limitations, environmental and personal factors, and set long- and short-term goals as well as define the intervention targets that Simon and his rehabilitation team would address during the intervention phase.</p